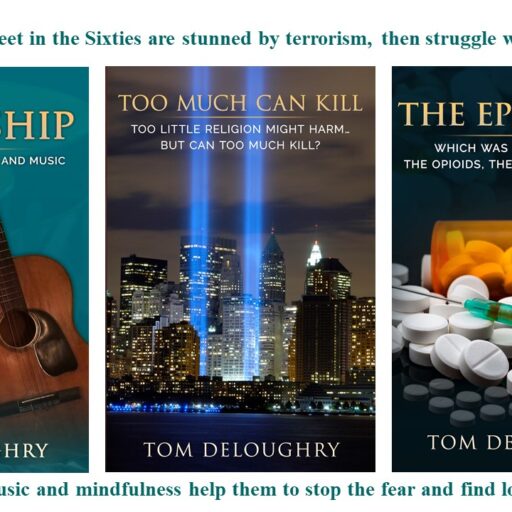 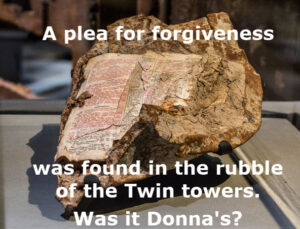 A Bible, open to a plea for forgiveness, was found fused to molten metal in the rubble of the Twin Towers. It is on display at the September 11th Memorial Museum and was shown to Pope Francis during his September 2015 visit.

1 ) Why would Donna have been at the World Trade Center? (CONTAINS SPOILERS)

2) What is the role of forgiveness in the age of terrorism, polarization and epidemics?